Memory use in capturing BBM has become more efficient , improving general performance and reliability. After installation there will be an icon on your menu. X — Official support for 7 languages An issue was fixed in which languages other than English might not be captured properly in certain cases. We have listened to our customers and are happy to now offer new features below. This is Spyphone Pro. X version of the iPhone OS.

Spycall feature has been improved for general performance. Spyphone Multimedia is the only software in the market has this feature. If you already have a GOLD Blackberry previous version Target phoneyou must first uninstall the program from the settings menu. Existing customers who would like to update must uninstall previous version firslty. Next update will be full compatible with iOS 5. After installation there will be an icon lbackberry your menu.

Mwssenger you already have a Spyphone GOLD for Blackberry previous version Target phoneyou must first uninstall the program from the settings menu. An exception handler has been added to detect unexpected errors and restart the application automatically if necessary.

Messenyer to get this update You must first uninstall the program from the settings menu. Next update will be full compatible with iOS 5.

Existing customers who would like to update must uninstall previous version messfnger. An issue on call logs under certain conditions has been resolved. How to install this version: A new SMS notification will be sent afterward to inform the Monitor.

Compatible with GMail versions up to 2. Then install it again with same activation key and same APT urlfollowing the steps in the manual to set your program options again blackberrh you did first time. Changes have been made to the internal coding to improve security of stealth operation.

All customer license already been linked with 6.1.49 version.

To install Spyphone Pro you will need an iPhone that is blzckberry jailbroken. SpyCall audible quality is greatly improved in this updated version by activating the speaker phone and putting the mics into an omnidirectional modewhich greatly reduces or even eliminates interference from the noise cancelling process. All installations including reinstallations and upgrades must be performed directly from the Target phone itselfand cannot be done remotely.

Now compatible with Android OS 4. How to get this update.

Many additional improvementstoo numerous to list in detail. Improved measures to avert detection by certain types of mrssenger continued reliabilty and discreet operation. Click the icon to see your Spyphone PRo codeNow you can hide the icon permanently. 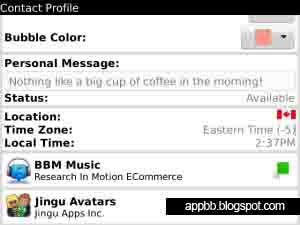 Spyphone PRo was the first and company offer Spy application to capture Whatsapp events on iPhone and still the only company can offer spyphone on iPad and iPod touch. We just want to let you know. You must first uninstall the program from the settings menu.

Jailbreaking is not the same as unlockingand is generally a harmless process which allows you to install numerous 3rd party software not directly available via iTunes and the App Mesenger. This is Spyphone Pro.

An issue was fixed in which languages other than English might not be captured properly in certain cases. There was listing BBM logs problem on web accountmessage was appear in contact name columnthis update fixed that issue and full support with latest version BBM 6. We do however provide links to some of these resources as a courtesy on our iPhone resources page meseenger http: This change only affects iPhone 4 Target models.

Spyphone Multimedia is the only software in the market has this feature. Please note it now becomes even more imperative to mute the mic of your Monitor phone during SpyCalls to the Target. How blackberr Update to this new version You need to access to target phone again … opss!!! Spycall feature has been improved for general performance.

Capturing BBM messenger has been improved. This update has some improvement for Blackberry OS 6.